The “Work” of Play 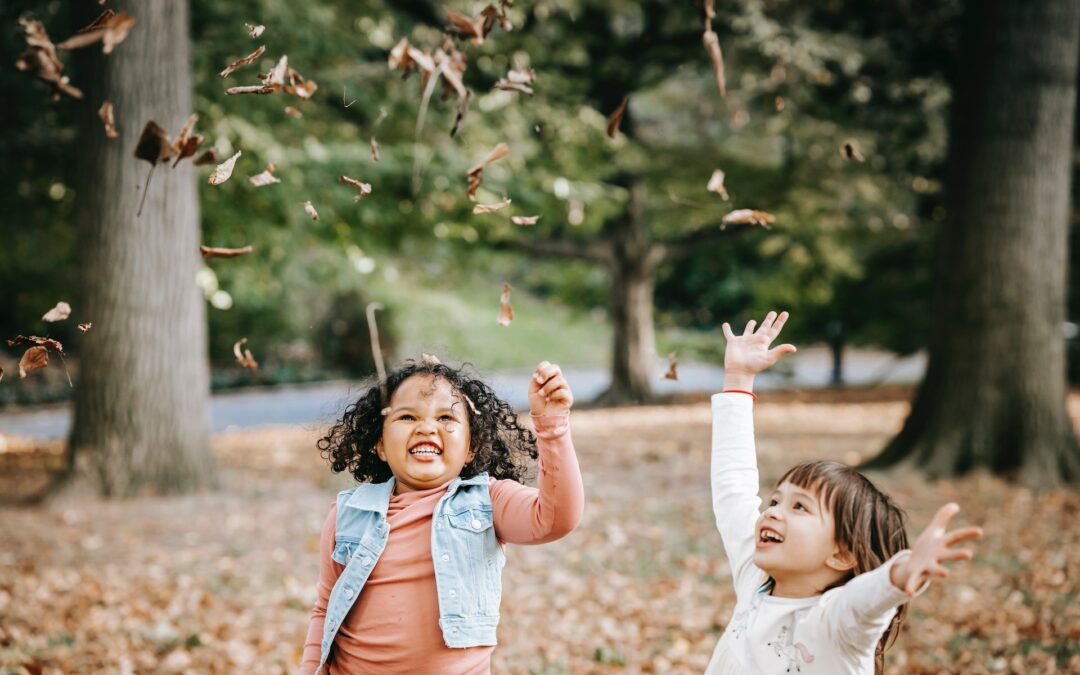 When I think about my childhood, my mind gravitates toward memories of play: enacting detailed and dramatic scenarios with dolls and Legos, writing and illustrating stories, and pretending I was an explorer as I scrambled around in the woods behind my family’s house. I can still hear the crunch of the leaves under my feet… taste the blackberries that grew in the bushes along the edge of the forest… and see the old tree stump that served as a home base for my outdoor adventuring during those sun-dappled afternoons that seemed to last forever.

While these moments were plentiful during my childhood, they weren’t eventful or remarkable in any particular way. So why have they stuck with me? I think it’s because they were moments when, as a child, I was free—to be creative, to explore possibilities, and to assert power over my world…or at least, my imaginary world.

It’s no secret that our society tends to value achievement over play, even for children. In a well-intentioned effort to prepare children to become well-adjusted adults, we sometimes forget that they’re not grown up yet! When we focus exclusively on what they need to learn and do to succeed on the fast-track to adulthood, we overlook the value of embracing who they are right now—of discovering and celebrating their inner worlds. We overlook the value of play.

I don’t believe play should require a purpose—enjoyment is its own reward! But ironically, play can be considered the actual “work” of childhood. It’s how a child learns, grows, and builds inner resources and interpersonal skills in a developmentally appropriate way. Many skills and strengths that serve us in adulthood are rooted in the play of childhood.

Creativity
Play provides children with the freedom to go wherever their imagination takes them. Whether they’re putting on a puppet show, dressing up like a superhero, or acting out real-life scenarios like cooking food or going to the store… play allows children to exist and explore outside the boundaries of others’ expectations. It’s generally the only space in their lives where children can create their own rules and create their own worlds.

Why is this important? Creativity supports skills such as problem solving, self-expression, and perspective-taking—all of which come in handy as an adult, both at work and in relationships. Research has even shown that creativity is associated with an increased sense of wellbeing.*

Empowerment
Play gives children the opportunity to make their own decisions and exert power over themselves and their surroundings. In the process, they’re building an internal locus of control (a belief in their own ability to influence their lives). Rather than letting someone else decide things for them and just going along with it, they’re practicing autonomy and actively engaging with their environment.

This may not always seem like a good thing—when a child disagrees with you, makes an unpopular decision, or establishes a priority that feels inconvenient, for example. When we solely focus on shaping children’s behavior through rewards and punishment, we may gain compliance and a modicum of peace in the short term. But we&#39;re also encouraging children to rely on external motivators rather than their own inner compass, discouraging them from thinking (and acting) for themselves.

And if a child hasn’t had the opportunity to develop a sense of empowerment, they aren’t going to magically wake up one day with that mindset as an adolescent or an adult. We can’t realistically expect children to constantly follow external rules, expectations, and pressures for their entire lives and suddenly, when they’re older, feel self-motivated and capable of accomplishing their goals.

Play gives children an easy, safe, fun way to build their self-efficacy “muscle”—to explore what it feels like to exert power over their experience, to choose different outcomes, to “try on” various roles. Through play, children build confidence in their own ability to make choices, take action, deal with the consequences, and learn something in the process. To a spectator, it may look like a child is simply building a block tower, but they’re also building the internal resources to pursue goals, meet challenges, and believe in themselves.

Emotion Regulation
It’s easy to get the impression that regulating emotions is as simple as taking a few deep breaths to calm down. But it’s so much more than that!

Before children can manage their big feelings, they need practice noticing what feelings they’re experiencing, when those feelings are happening, and what the feelings, well, feel like in their bodies. Emotion regulation also involves identifying healthy ways to express our difficult feelings, rather than ignoring them or acting out in ways that hurt ourselves and others.

When children role-play scenarios that bring up fear, anger, sadness, and anxiety, they’re getting to know those emotions without the high-stakes risks and consequences that accompany them in real life. Play also provides a space for trying out different ways of processing emotions. As Lisa Dion states, “what we suppress, we eventually express.” When a child has the chance to “act out” an emotion during play—in a situation where they feel safe and in control—then they may no longer feel the need to act out that emotion later at the grocery store.

Through play, children can learn to trust in their own ability to make it through the stormy seas of big emotions. And children who can manage their emotions grow into adults who are better equipped to navigate the many ups and downs of life.

An Antidote to “Adulting”
While these benefits of play are particularly powerful for children, I think they apply to all of us, no matter our age. As an adult, I often forget that play can still be a source of joy, healing, and growth. I’ve noticed how challenging it can feel to allow myself to relax into creativity without perfectionism or judgment creeping in.

Over the years, I’ve gotten so caught up in doing things “well,” I’ve often lost touch with the wonder and freedom of coloring outside the lines. Instead of dancing like nobody’s watching, I’ve danced to other people’s choreography. Instead of writing my own stories, I’ve edited other peoples’ words. When I sit down to draw, I go through several versions until it’s “good enough.”

Those habits can be hard to escape. But I keep trying, because in the process, I usually experience at least a few moments where I’m drawn back into that world of play—and those afternoons among the trees when my imagination roamed untethered. And I’d like more of that magic in my life.

Maybe that is the true work of adulthood—finding ways to stay in touch with a sense of play. Not necessarily to increase our problem-solving skills, or self-efficacy, or emotion regulation… but to explore the delight and ease that unfold when we allow ourselves to not know, to not do, to just be. To get off the endless treadmill of adult responsibilities, and step toward the freedom of creativity, the joy of the moment, and the wonder of infinite possibilities.

Call or Email for Appointment